Our client, a major mining company, had just put one of its factories back into operation. From the start, managers wanted to instill a culture of reliability and proactive management of assets and equipment.

Vibration analysis and oil analysis were implemented systematically and the results were deployed in the Spartakus platform. 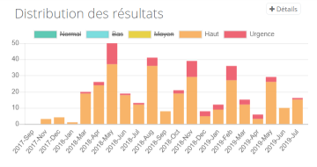 During the first six months, many high priority issues were identified that were on the verge of shutting down the plant. After resolving these problems, subsequent alerts turned out to be of lower priority and made it possible to see potential failures coming much earlier. 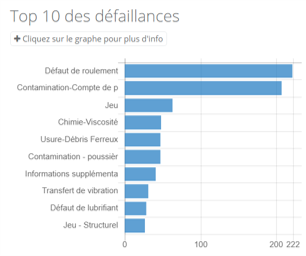 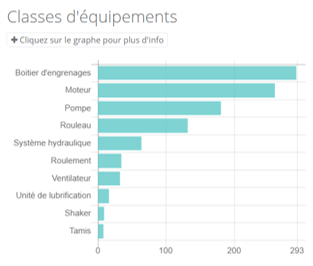 In just a few months, the implementation through Spartakus of the vibration programs, then the oil analysis, and the continued presence of one of our technicians on site have resulted in a 50% reduction in high priority alerts. In addition, Spartakus has enabled analytical KPIs such as Pareto of fail codes and problematic equipment and establishing problematic equipment classes geared towards the continuous improvement of the plant's reliability.

Products and services mentioned in this article: 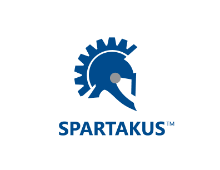 The planner of a paper mill was looking to digitize its lubrication routes and make its maintenance strategy more efficient. Previously, the mill had implemented a maintenance solution via complex cards, encompassing lubrication and vibration tasks. They then printed out the generated cards to perform their routes on paper. Effective communication and quality of execution of the tasks was therefore an important issue.
Read More
Predictive Maintenance

A new plant saves costs before it even starts production

Our client, a global food brand, was in the final stages of implementing its first plant in Quebec. To get off on the right foot, our client turned to predictive maintenance solutions.
Read More
Predictive Maintenance

Our client, a mineral processing plant in Atlantic Canada, wanted to monitor the health of a critical asset, an autoclave agitator, to improve plant uptime.
Read More